Sometime it is best to leave the driving to someone else. And probably a day centered around tasting the wines of Châteauneuf-du-Pape is one of those occasions. So we hired a guide we found online (after doing our due diligence of reading reviews, studying the website and cross checking on other sites) for a day, roughly seven hours, including a lunch break.

There was a time when we would have eschewed hiring a guide, figuring a good map (or navigation system) and a good guide book were enough. Then a friend and fellow traveler bought us a food tour as a present when we were in Aix-in-Provence. A couple hours with an American expat convinced us there was more to see than we were aware or that guidebooks could provide. And since then we have hired guides for a specific purpose at different points in different trips. And always it was been a good value.

In Paris we not only tasted the baguettes, fromage and pátê, but learned the etiquette of these specialties and where to find some of the best in a city that sometimes considers tourists fair game. It was a no brainer to hire a guide to kayak through the Sian Ka’an Biospere in Yucatán; it was the only way to see the area. When we didn’t rent a car in Cape Town, South Africa, our options to tour the region was a big tour bus or a guide. Not a difficult choice at all.

We told our guide Alain we wanted to focus in on Châteauneuf-du-Pape, and maybe a winery specializing in rosé, if time allowed. In the summer some of the wineries are open to tourists, but we were tasting in the fall when some of the smaller wineries shut down so all hands could focus on the harvest. Having a bilingual guide also meant we had a translator when the wine maker’s English was limited. And perhaps most importantly, we could taste wine without worrying about driving; we left the driving to Alain!

Alain picked us up at our temporary home and off we went to visit three different wineries — a large operation that fits your mental image of a French winery, a smaller winery that had recently been acquired by E. Guigal and then a real “mom and pop” operation. At each stop we were largely the only ones there — we saw only two or three other visitors all day, and a couple of very cute dogs.

Our first stop was a small winery that offered both white and red Châteauneuf-du-Pape. We really enjoyed the Viognier, and that was the first — but not the last — bottle we bought to enjoy over the next week. 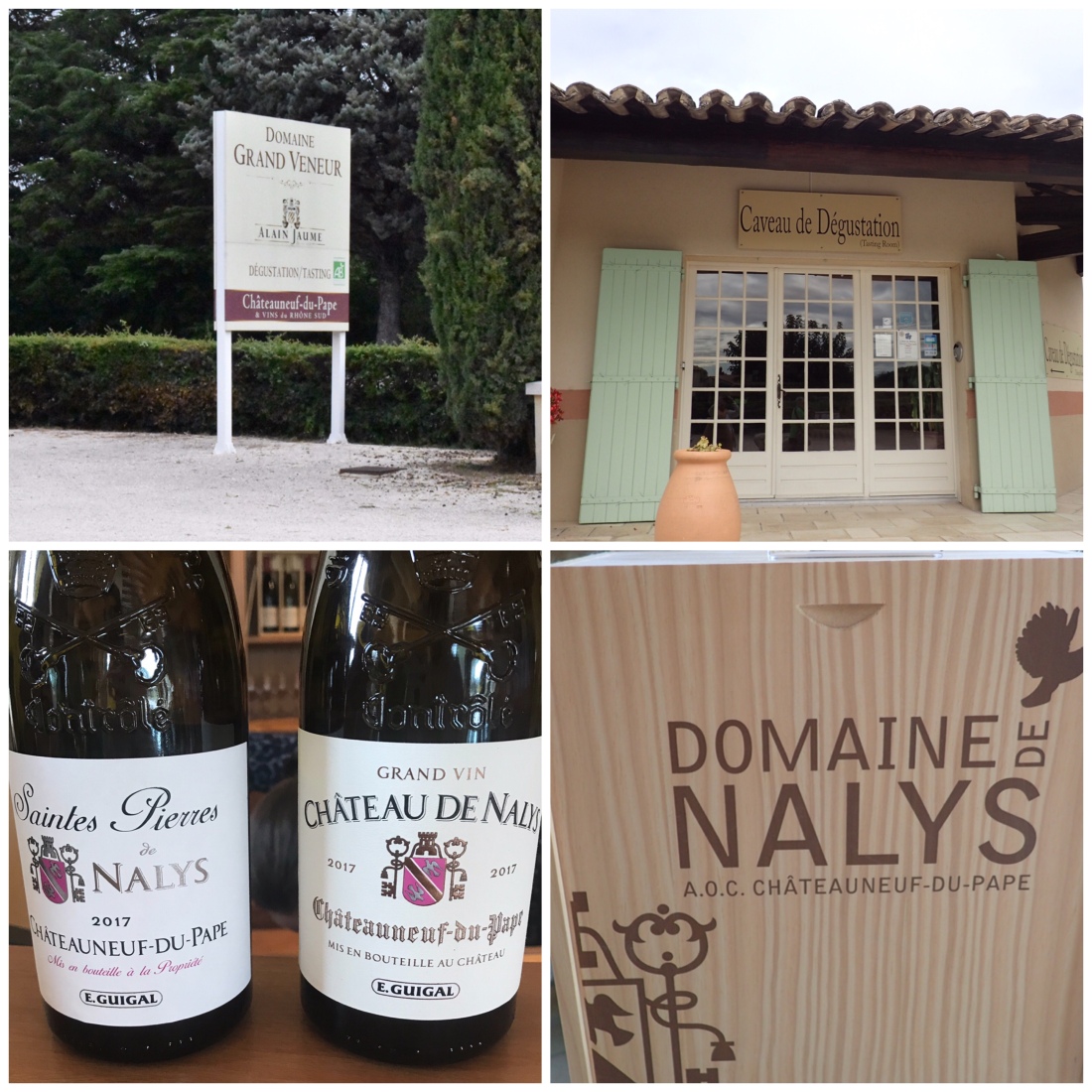 The second winery, the largest, grew all of the thirteen grapes that may be included in a Châteauneuf-du-Pape blend. Before tasting we walked among the barrels and learned a bit about some of the older machinery that years ago was pulled from vineyards to vineyard to bottle the wine. 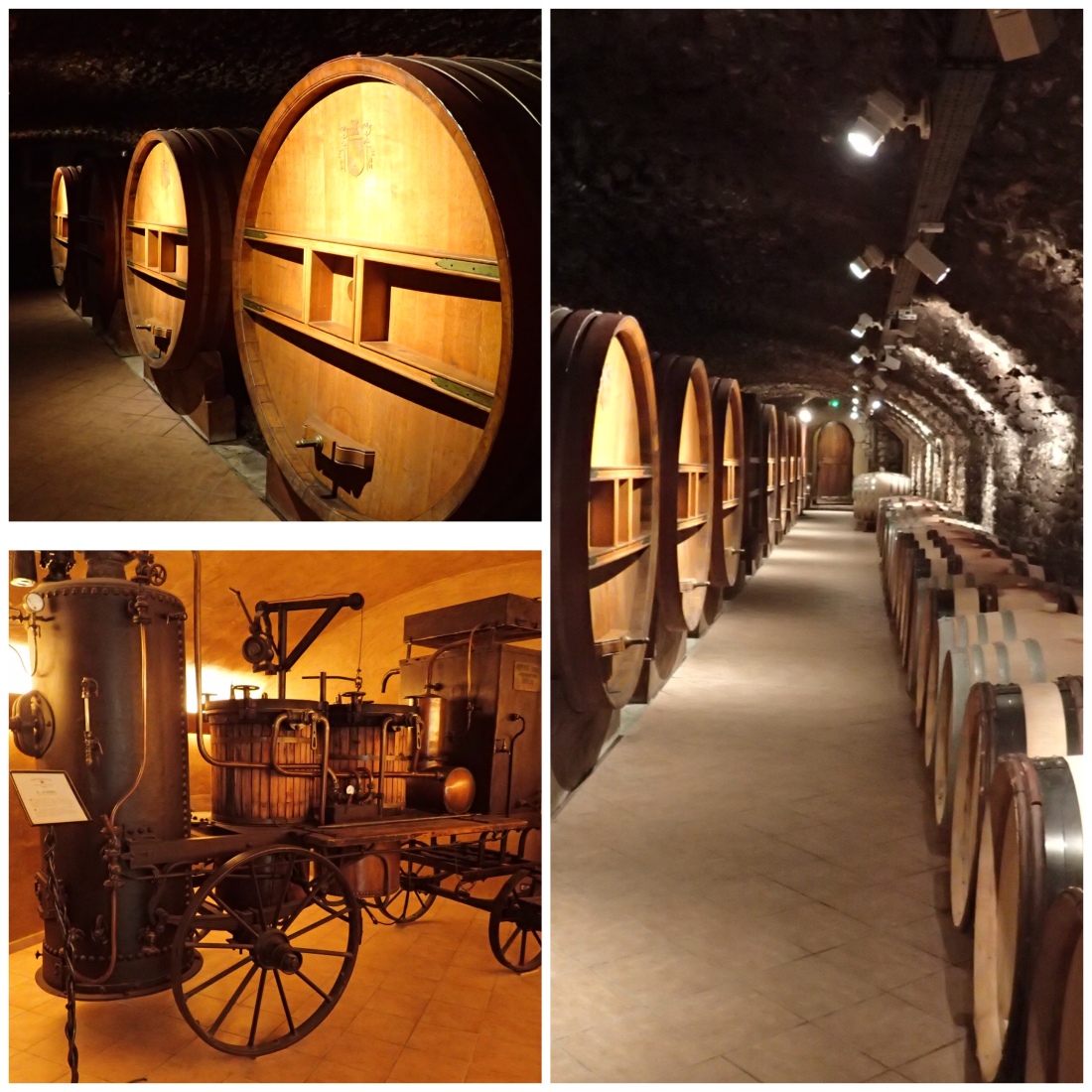 We were able to walk among the vineyards in front, just a few acres which produced one of the bottles we bought. The pickers were just finishing for the day. Our guide told us most of the pickers in this region are Spaniards who come to France for the higher wage (9€ an hour) while still retaining their health care and social security benefits which are universal through the EU. The inferior grapes (which looked fine to our untrained eyes) were left on the ground as only the best grapes made it into the baskets. The vines were picked clean and had been pruned earlier in the year to produce a smaller quantity of higher quality grapes.

Our final stop was the most modest winery, Tavel, specializing in rosé. The motif was a woodcock, a local game bird that the founder of the winery had enjoyed hunting. Now too elderly to be actively engaged, the operation of the winery had been left to his daughter-in-law and granddaughter after his son had passed away. And it was quite good, definitely better than their other wines. 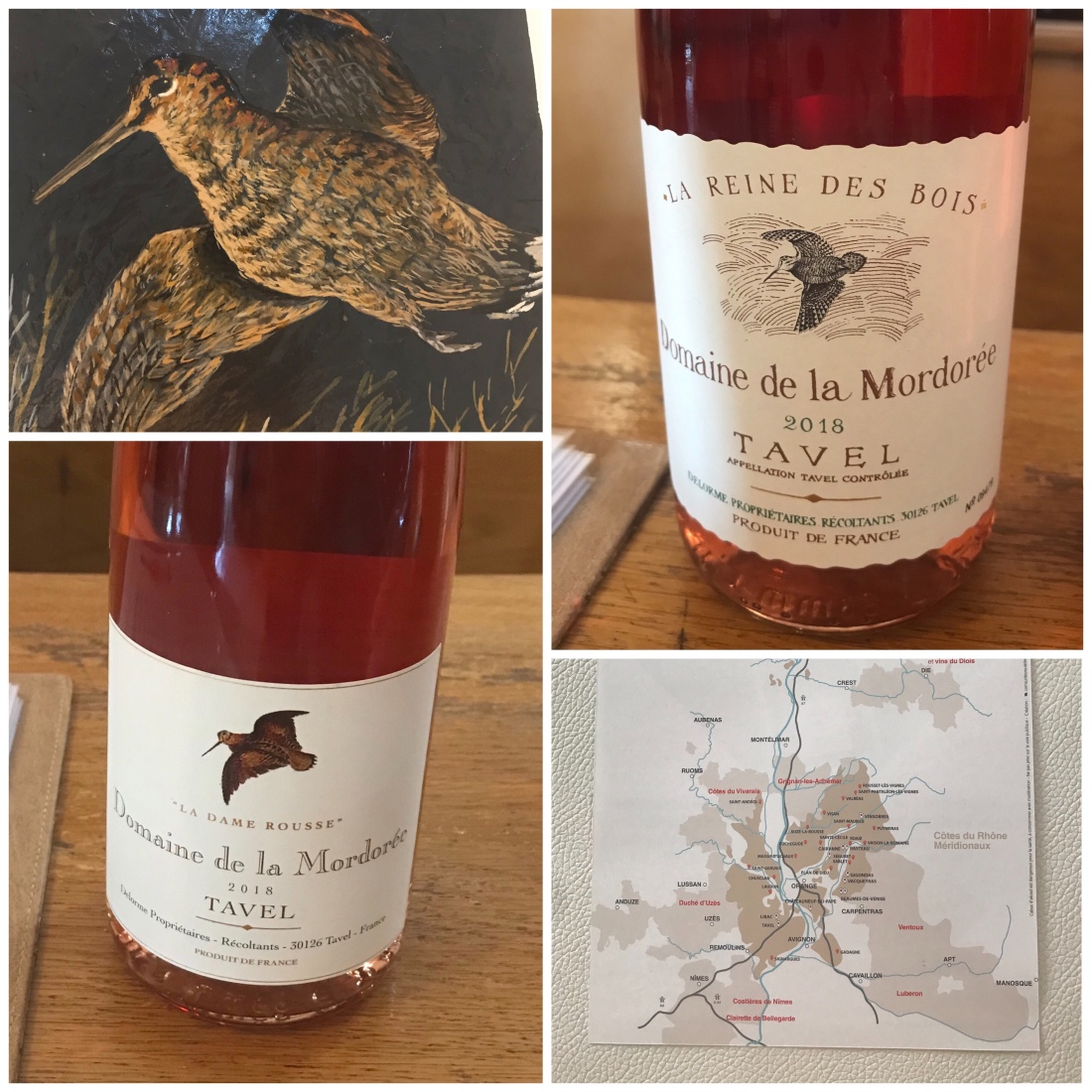 Part of the challenge of wine tasting in this part of France is the tradition of lunch being the major meal of the day. And since most of the wineries would be closed from noon to 2:00 or 2:30, we had to pause in midday to do the same. Our guide asked what kind of lunch we wanted and delivered us to a lovely place in the shadow of the Avignon’s Popes’ summer castle. After all, the region derived its name from being the Summer home of the Pope!

Between winery stops, Alain gave us a bit of history of the region, recommended other villages to visit that were not typically on the tourist route and provider some insider tips on the area. Although I think he might have been a bit surprised at how taken we were at the first winery with the resident dog. 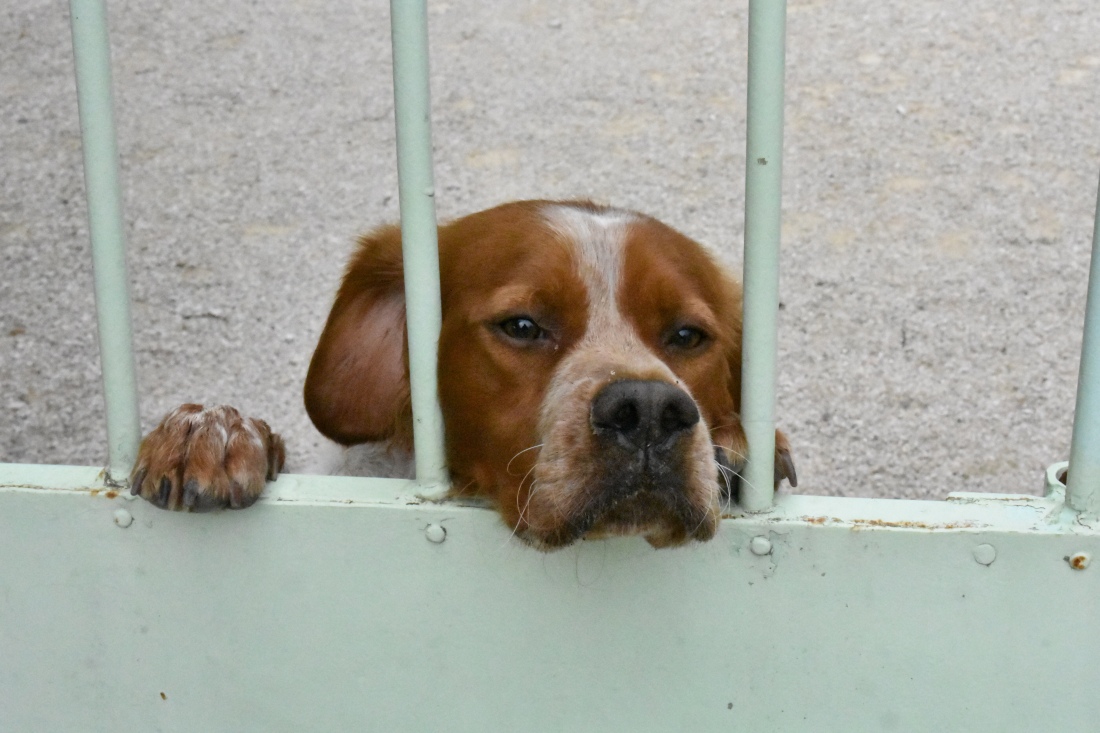 Earlier in our trip we had met a young couple from Manhattan who were driving themselves and tasting wines along the way. They had booked most of their visits in advance and were on a tight time schedule. They probably tasted far more wines than we did, but maybe they missed much of the French experience of savoring the good things in life.